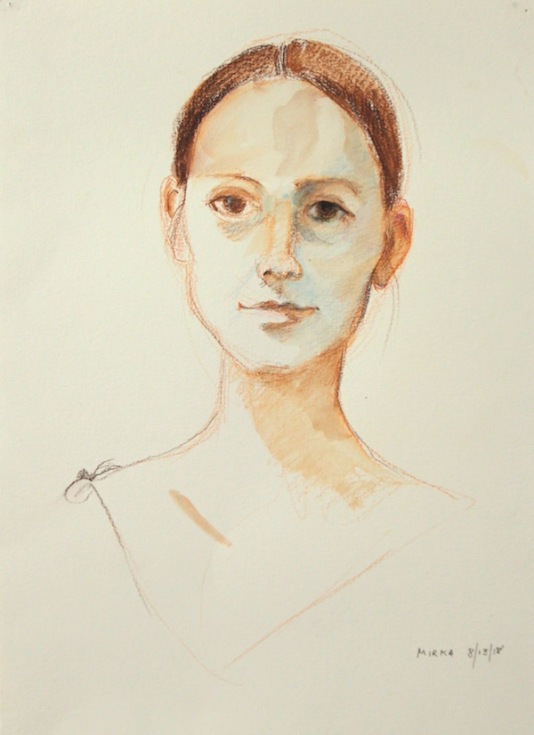 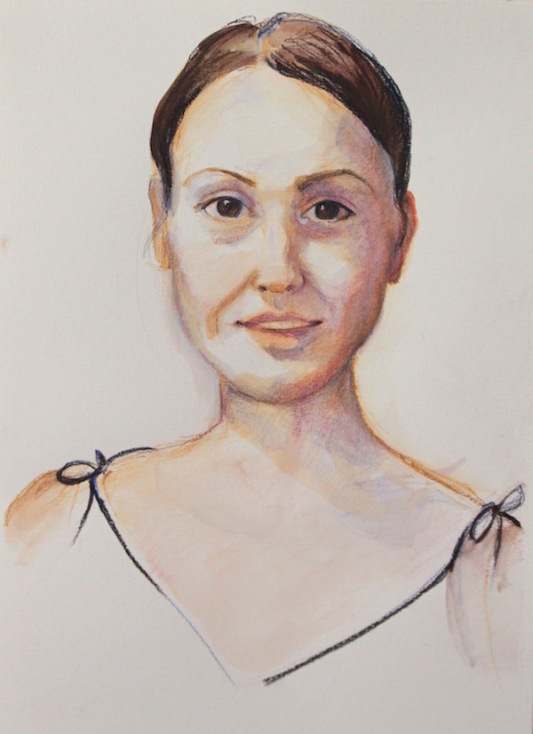 These portraits are again from a photo and from a live sitting (the one on the left from a photo) of a friend who was visiting from Berlin. The one done from life is a better drawing capturing as it does a certain intelligence and characteristic expression of the sitter. However, as Mirka remarked (and she was right!) the drawing makes the width of her face too narrow.

Interestingly, it took me three tries to get close to a resemblance when working from the photo. Mirka’s face is asymmetrical ( actually all of our faces are, but some people are more asymmetrical than others), which I got in the sketch, but struggled with when using the photo. And again, as a drawing, the one done from the photo has an overworked quality which I don’t like.

I’m going to do one or two more drawings of Mirka, this time working from the drawings rather than the photo. Let’s see what happens!